clearPerformance has a record of success in completing projects that prove our differentiation:

Each program focused on

Each factory made between 10 and 20 improvements to their job change process, with further changes planned to follow

The clearPerformance team have success in developing Mould Repair operations.

The major opportunities that are commonly found are:

clearPerformance has carried out Productivity and Performance reviews in 10 factories across Europe, Africa and the Middle East.

In each case the activity has generated 30-40 recommended actions for each factory , measurable opportunities for productivity improvements and cost savings ranging in each factory ranging from $2 million to $500k.

A previous run of a similar bottle on the same machine achieved 70% PTM.

clearPerformance deployed a Design Engineer and Machine and Forming Engineer to the client’s factory for 5 days.

The focus of the corrective action and expert advice covered

clearPerformance has expert creative bottle designers who have worked with a beer producer in Africa to develop a proprietary design for launch into a market currently dominated by standard returnable designs.

clearPerformance created a library of alternative bottle shapes and working with the client’s  marketing department developed a new design that best represented and supported the brand.

From the concept and using our glass manufacturing experience clearPerformance created a bottle design, bottle drawings and colour rendition of the bottle with labels and crown finish.

A new proprietary bottle to support the client’s brand and full container drawings.

clearPerformance assisted a financed investor to assess an acquisition opportunity .

The Technical Report focused on:

The investor was able to put clear performance indicators into the sale agreement, negotiate improved terms based on due diligence findings and set targets for post acquisition performance. 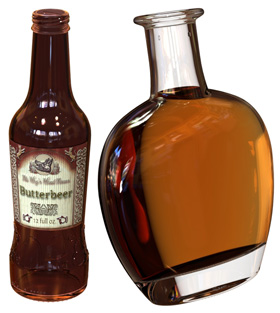